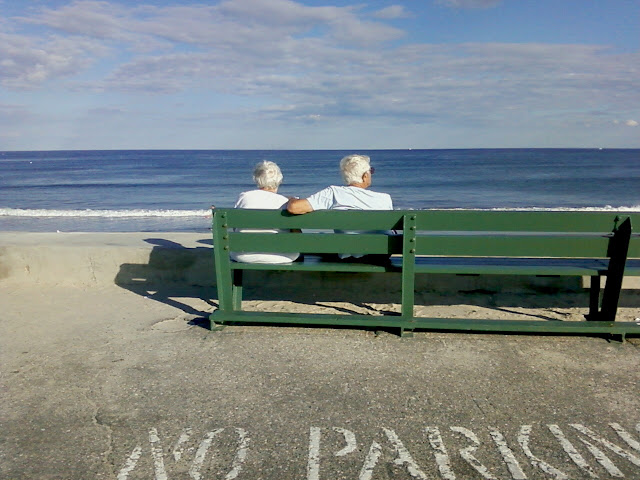 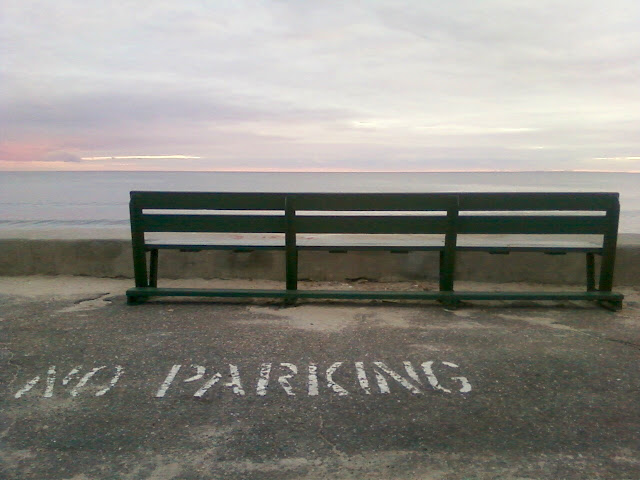 Im not a big proponent of the cell phone photo BUT I took 3 trips up the east coast this year from Virginia Beach to Maine, 2 of which I took with WRV to deliver surfboards. We stopped each trip in New Hampshire at a surf shop called Cinnamon Rainbows. I left and ran across the street to check the waves immediately and snuck up on this old couple sitting on the bench. The second was late September, much colder and obviously the start of the vacant off season.
Posted by 2 shovels at 2:26 PM