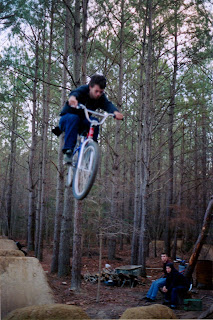 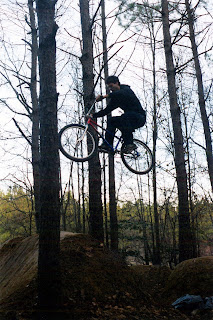 Josh ALWAYS had the nicest bikes...it was kind of one of those things people said, "its nice but its not like josh's." Well one day Josh decided to get a cruiser and he bought this thing. A ROSS cruiser that faded from red to purple to blue and the bike kinda just sucked. Dont get me wrong a bike is a bike and I dont really care about this kind of stuff but Josh having a shitty bike was something everyone enjoyed. He eventually cracked it at kitts house, seen above in these shitty pictures but I promised him Id dig them out to scan.
Posted by 2 shovels at 4:04 PM