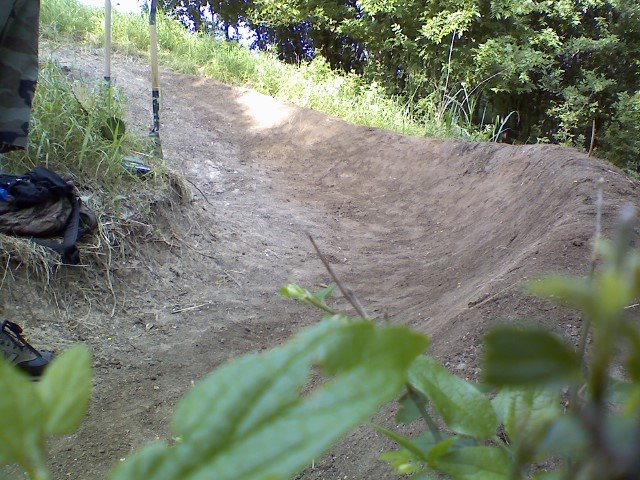 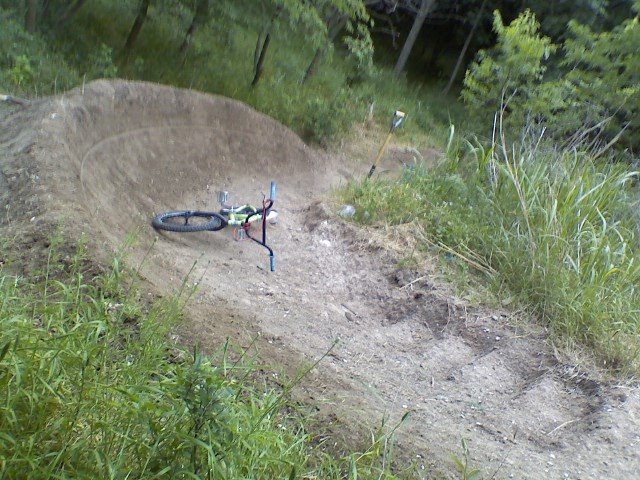 This nugget of joy consist of the following; 4 elephant loads of dirt...maybe more, bunch a logs, farts, rocks, ants, a rusted wrench we found while digging, apple cores, and banana peels. Brian thinks its funny to throw banana peels into berms while we're digging then say, "BERMNANA!" Then we both laugh like its never happend before...but we have and its still funny and stupid. After that we go into talking about how our creations are eco friendly...and then I talk about the time Josh and I saw raccoons at my old trails in VA go through the set at dusk. insane. This berm has actually since gotten bigger and I think its probably going to get taller and taller untill its stupid tall.

"Stupid Tall"v.- meaning way taller then it needs to be, no tire could ever get to the top tall, visually appealing but probably ridiculous, ants would assume it was the ant version of the HRE or holy roman empire for those who didnt take History 101 and 102.